UTICA, N.Y. (WUTR/WFXV/WPNY) – The Utica Boilermaker post-race party allows runners to celebrate their accomplishments, and this year it’s back to ‘normal’.

Thanks for signing up!

Watch for us in your inbox. 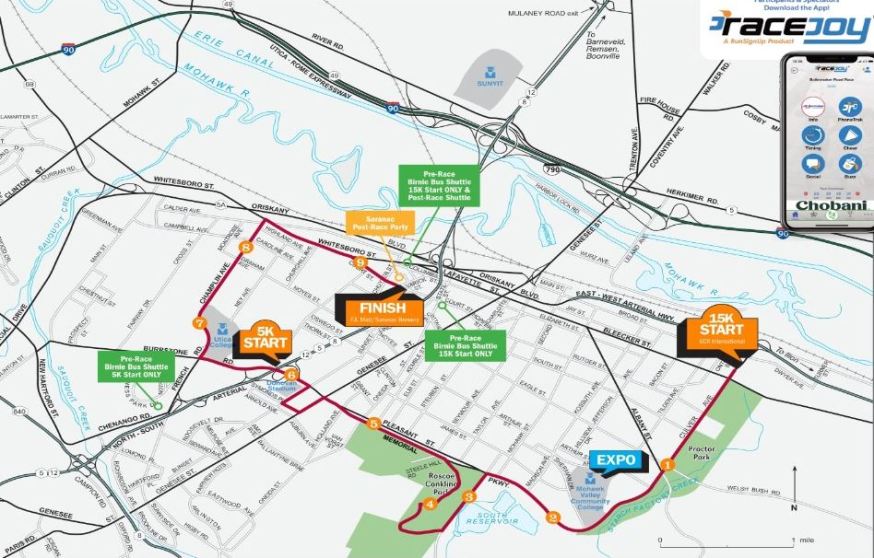 UTICA, N.Y. (WUTR/WFXV/WPMY) – When runners take to the starting line of the Boilermaker Road Race 15K presented by Excellus BlueCross Blue Shield on the morning of Sunday, July 10, they will be lining up with elite, professional athletes for the first time in three years. For the professional runners, this year will be particularly meaningful because it is also the 25th Professional Road Racing Organization (PRRO) Circuit Championship.

2022 marks the first time in three years that the PRRO Circuit, a series of premier non-marathon road racing events, will be able to hold a championship race.

“We are very excited to host the PRRO championship,” said Boilermaker race director Jim Stasaitis. “Seeing the elite athletes lining up at the start line followed by thousands of everyday runners is part of what makes our event so unique. Amateur athletes can never line up against professional football, baseball, or hockey stars, but they can compete against the best runners in the world.”

In a normal year, winners of any PRRO race, which includes the Credit Union Cherry Blossom 10 Mile Run in Washington, DC, and the Lilac Bloomsday 12K Run in Spokane WA, are eligible for the $10,000 PRRO Super Bonus. This year’s circuit championship is unique because anyone who has won an eligible race since the last championship race in 2019 is eligible for the super bonus.

“We’re hoping to see a full crowd line the streets of Utica to share in the excitement of the race’s return to July,” Stasaitis remarked. “The prize money and the return of the professional field is going to make this a memorable race and possibly one for the ages.”

A total of seven runners registered for the event are eligible for the super bonus, including three men and four women. On the men’s side, last year’s Boilermaker Champion, Syracuse native Stephen Rathbun of Springfield, NJ, joins Kenyans Edwin Kimutai and Charles Wanjiku in pursuit of the big prize. Kimutai qualified as the champion of the 2021 Credit Union Cherry Blossom 10 Mile Run, while Wanjiku is eligible because of his win at the Bloomsday 12K Run in May of this year.

On the women’s side, last year’s Boilermaker winner, New Hartford native Savannah Boucher of San Antonio, TX will be competing for the super bonus from the front of the pack. American Susanna Sullivan of Reston, VA, Rosemary Wanjiru of Kenya, and Biruktayit Degefa of Ethiopia are the other women competing for the top money. Sullivan won the Cherry Blossom 10 Mile Run earlier this year, while Degefa took home the honors in the Bloomsday Run in May of 2022 and Wanjiku won Bloomsday in 2019.

If the Boilermaker champion comes from outside the group of seven athletes who have won a qualifying race, they will take home $2500 as the circuit champion in addition to the prize money being offered by the Boilermaker.

The Boilermaker last hosted the PRRO Championship in 2016, when Teshome Mekonen of Ethiopia won the men’s race in 43:58. That year, women’s champion Cynthia Limo of Kenya took home the PRRO Super Bonus with a winning time of 48:50. Overall, the Boilermaker has been the site of the Championship three times, all between 2014 and 2016.

Mom on body found near school: ‘I don’t let my children …

Mayor: Violence in Juarez is gang-on-gang

Proposal would protect travelers whose flights get …