Mercedes-Benz on Tuesday revealed encouraging efficiency news for its upcoming eSprinter electric vans, and for the carbon footprint of the companies they’ll be serving.

The automaker recently conducted a real-life range and efficiency run with the eSprinter cargo delivery van. It completed a 295-mile round trip from Stuttgart to Munich on a single charge, and a third party verified the efficiency of 21.9 kwh per 100 kilometers for the drive (more than 2.8 miles per kwh).

According to Mercedes-Benz, the drive included 264 pounds of cargo, and it took about 4.5 hours, with an average speed of 46 mph. Upon return, the instrument cluster showed a remaining range of about 12 miles and a remaining 3% state of charge. 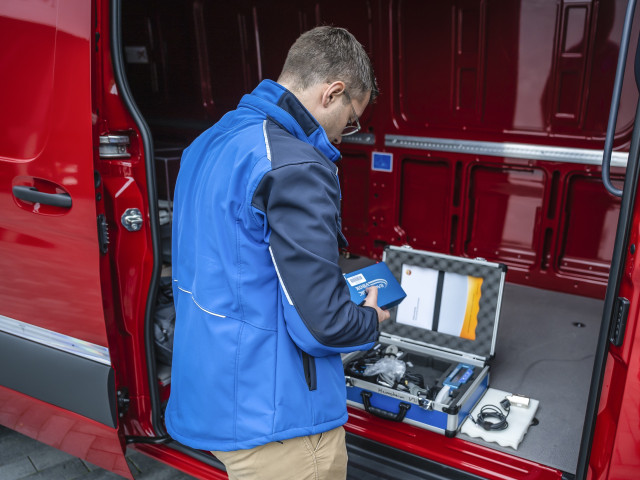 That’s impressive for a large van carrying a load at speed—and frankly, it’s better than editors at Green Car Reports have seen in far smaller, more aerodynamic EVs in such a scenario. The automaker still hasn’t disclosed the size of those battery packs, but with simple math, that suggests a usable capacity of around 107 kwh.

The test, which was run on Oct. 19, 2022, mimicked a real-life scenario and covered a mix of federal roads and motorways between the two cities, as would be covered by an express delivery. To most closely simulate a cargo delivery situation, it chose an extra-long eSprinter with a high roof.

The results place the eSprinter in a completely different league than the Ford E-Transit, which Ford says achieves an EPA-cycle range of 126 miles from its 68-kwh battery pack—and more than Rivian’s EDV can do in a similar configuration.

Mercedes emphasizes that there wasn’t any gaming of the situation to boost the numbers. It didn’t optimize the topography to make the route more level. It included a start and finish at 689 feet of elevation and a peak altitude of 2,575 feet, and tire pressures were run as recommended. 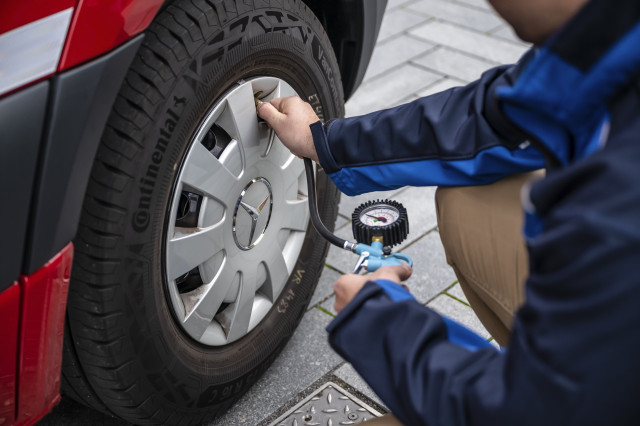 The company hasn’t yet detailed the upcoming vans, which are made in Düsseldorf and will be made in Charleston, South Carolina, starting in the second half of 2023, with production eventually also headed to Ludwigshafen, Germany.

Mercedes disclosed back in 2020 that this upcoming rear-drive eSprinter would offer two body sizes and three battery-pack options for the U.S. The test run was completed with the largest battery pack, which will be offered in the U.S. version at launch. 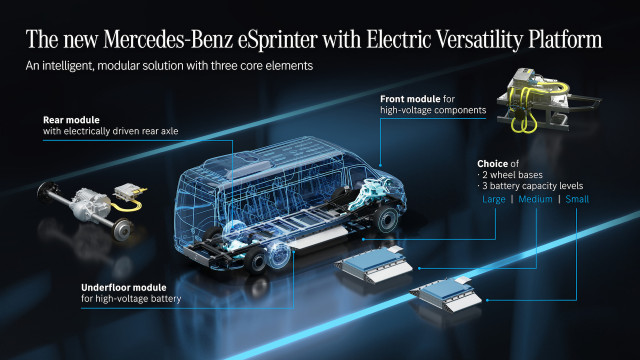 These eSprinters will get modularized electric drive systems, as part of a so-called Electric Versatility Platform, that allow them to be built alongside gasoline and diesel vans. The company says that from 2025, all mid-size and larger vans that continue on this architecture will be fully electric.

Then, by mid-decade, comes a completely new van architecture—called Van.EA—that will eventually replace all remaining internal-combustion vans and likely share some attributes with the MB.EA platform for future medium and large passenger vehicles. One of the sites for production of these vans will be shared with Rivian.

Cyclist hit, then stabbed to death identified as …

Battle of the brothers: Parents speak out about upcoming …