Honda announced Wednesday that it is planning to use the latest CR-V crossover as the basis for its next hydrogen fuel cell vehicle—one that, for the first time, will include home-charging capability.

Production of the CR-V Fuel Cell—if Honda opts to keep the nomenclature it used for its last such vehicle using the tech, the Clarity Fuel Cell—will start in 2024 in Ohio, Honda confirmed, at the same specialty assembly facility that has made the Acura NSX sports car.

Fuel cell vehicles, which feature a fuel-cell stack that harnesses a chemical reaction between oxygen and hydrogen, producing electricity plus some water vapor and waste heat, are already typically hybrids, with hybrid-like battery packs to help buffer the stack’s energy production. The plug-in-hybrid fuel-cell combination is one that owners of fuel cell vehicles have requested for years and generations of vehicles. Honda didn’t confirm the size of the battery pack, but it suggested that it will remain small. Charging in the vehicle “enables the driver to charge the onboard battery to deliver EV driving around town with the flexibility of fast hydrogen refueling for longer trips,” Honda explained in a press release.

That statement pretty much eliminates the possibility of DC fast-charging, which might make the vehicle more useful for occasional road trips into areas the hydrogen infrastructure doesn’t serve. But it will allow some drivers to keep using their vehicles during hydrogen shortages. Honda highlighted that fuel cell vehicles can refuel in minutes.

The infrastructure has, of course, been what has held back any growth of hydrogen fuel cell passenger vehicles. According to the U.S. Alternative Fuels Data Center, there are just 54 publicly accessible hydrogen fueling stations today in the U.S., focused primarily around the Los Angeles and San Francisco metro areas. Growth of the fueling network has come slowly, and the network has underperformed projections on its expansion for decades. 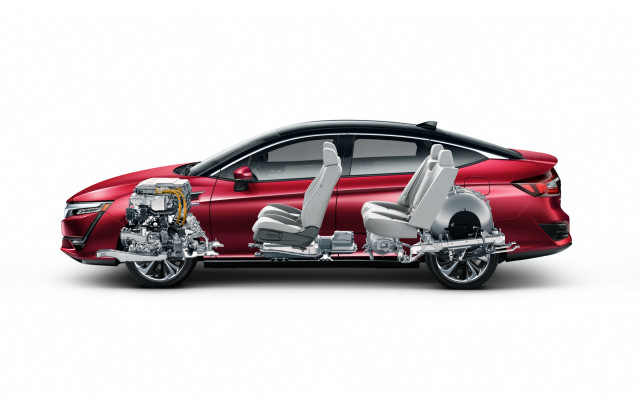 The last Clarity Fuel Cell was engineered to be offered in a wider range of markets, and that included Canada. It made big advances in its capability for cold-weather use, as well as in the longevity of the fuel cell stack itself.

Honda expected to sell the Clarity Fuel Cell in the thousands, whereas its predecessor, the FCX Clarity, was intended to be produced in the hundreds. It’s made clear at various points that with its next-generation fuel cell vehicle it will aim for production in the ten-thousands.

The CR-V will also be the first Honda vehicle to use a new-generation fuel-cell stack shared with General Motors. It shows that even as GM has backed away from fuel cell tech for passenger vehicles, Honda sees some future in it. The Japanese automaker again underscored with the CR-V announcement that it aims to make battery electric and fuel cell models 100% of its auto sales by 2040. 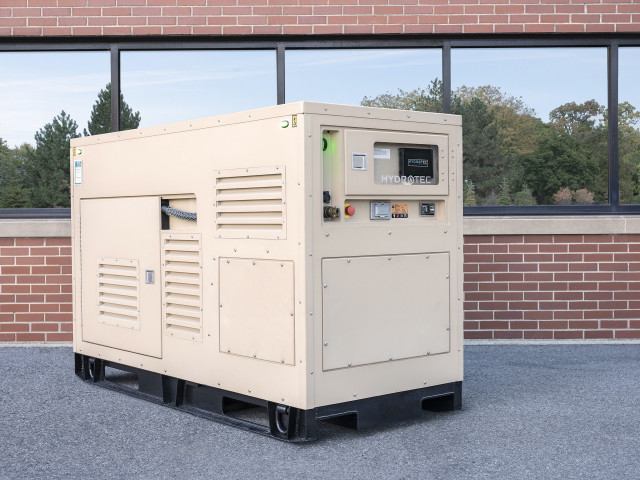 GM, like most automakers invested in the technology, instead now sees it being deployed for trucks and industrial uses. It plans long-haul semis, as well as to use some of these same fuel cell stacks under the hood of the upcoming CR-V to boost EV fast-charging—something that could, full-circle, help Honda with its upcoming EVs.

Camden attack too much for Holland Patent, Blue Devils …

Battle of the brothers: Parents speak out about upcoming …

The history of Groundhog Day +L5V